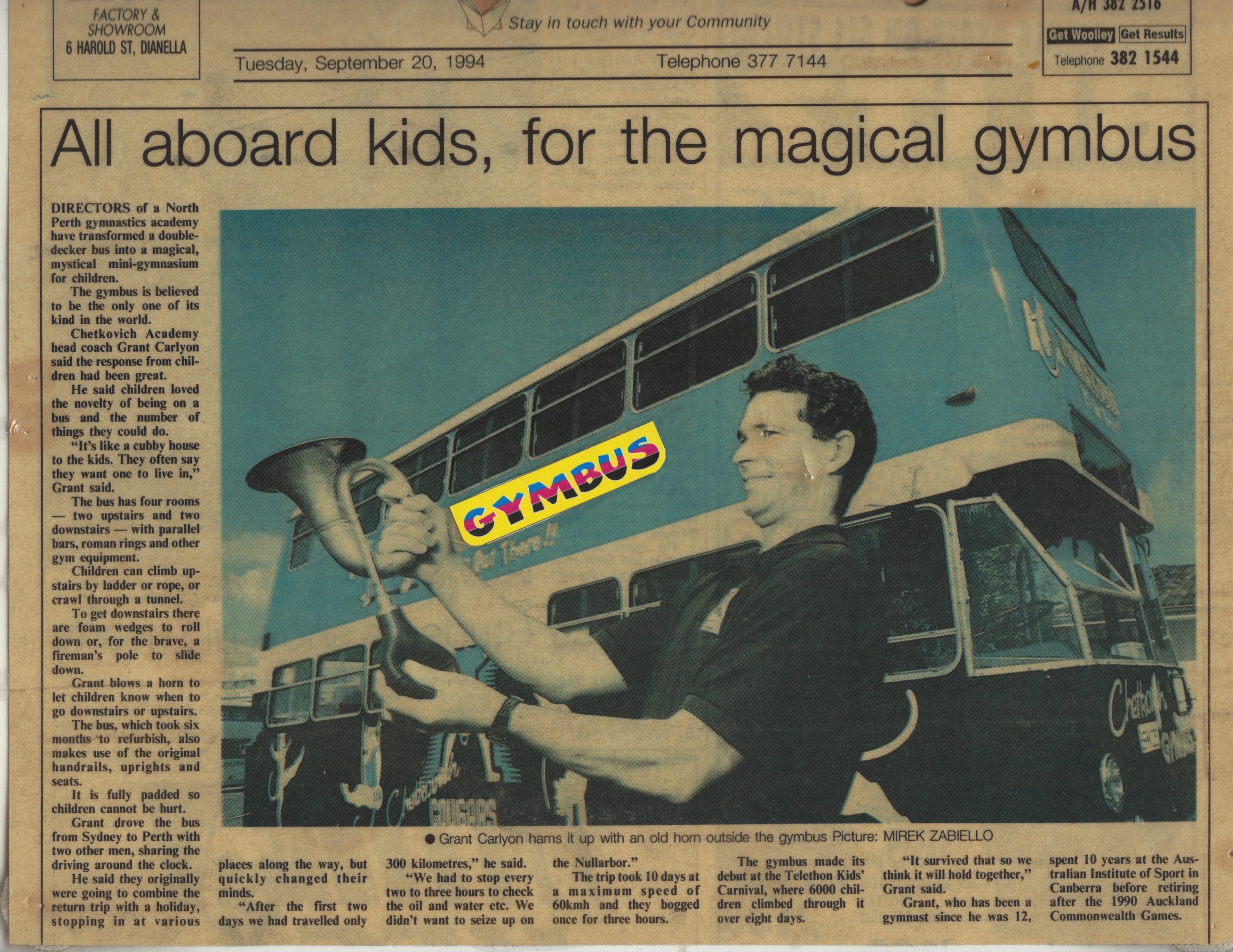 DIRECTORS of a North Perth gymnastics academy have transformed a double-decker bus into a magical, mystical mini-gymnasium for children. The gymbus is believed to be the only one of its kind in the world. Chetkovich Academy head coach Grant Carlyon said the response from children had been great. He said children loved the novelty of being on a bus and the number of things they could do. “It’s like a cubby house to the kids. They often say they want one to live in,” Grant said.

The bus has four rooms two upstairs and two downstairs? with parallel bars, roman rings and other gym equipment. Children can climb up-stairs by ladder or rope, or crawl through a tunnel. To get downstairs there are foam wedges to roll down or, for the brave, a fireman’s pole to slide down. Grant blows a horn to let children know when to go downstairs or upstairs.

The bus, which took six months -to refurbish, also makes use of the original handrails, uprights and seats. It is fully padded so children cannot be hurt. Grant drove the bus from Sydney to Perth with two other men, sharing the driving around the clock. He said they originally were going to combine the return trip with a holiday, stopping in at various? places along the way, but quickly changed their minds. “After the first two days we had travelled only? 300 kilometres,” he said. “We had to stop every two to three hours to check the oil and water etc. We didn’t want to seize up.

The trip took 10 days at a maximum speed of 60kmh and they bogged once for three hours. The GymBus made its debut at the Telethon Kids’ Carnival, where 6000 children climbed through it over eight days.

“It survived that so we think it will hold together,” Grant said. Grant, who has been a gymnast since he was 12,? spent 10 years at the Aus-tralian Institute of Sport in Canberra before retiring after the 1990 Auckland Commonwealth Games.


Categorised in: Our Story