WHAT HAS HAPPENED TO THE FAMOUS LONDON BUS? 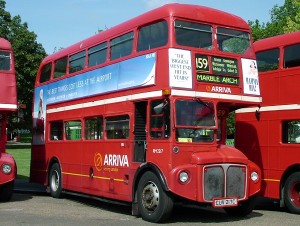 London and Berlin share a common thread. They are famous for their double decker busses. Of course they are manufactured by?different companies (could you imagine a German bus driver happy in anything less than a Mercedes / MAN AG bus?) On the other side of the Channel, Leyland manufactured the bright red Olympian or Atlantean bus for Londoners.
From the UK, many countries around the ?Empire? adopted the double decker bus as part of local transport infrastructure. Hong Kong and Singapore are two examples. For almost 100 years various models, shapes and capacities dominated the streets and boroughs of London. Greater London transport data shows that the latest hybrid versions are both environmentally friendly and effective people movers.

Not only was the London bus to become iconic in colour, practicality and longevity; it would develop around it a staff who were as passionate about the bus as the people who rode it every day. Conductors and drivers formed an attachment to the bus that would often be life-long. Mechanics with a peculiar type of genius got busses operational and functioning on a daily basis. 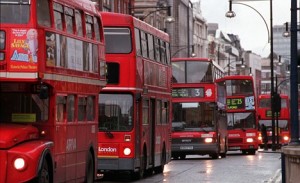 Migrants from the UK streamed south to Australia in the 70s, 80s and 90s. Amongst them people who were passionate about double-decker buses. New arrivals find Perth a warm welcoming city. The sun, the beaches, sand and the open spaces initially very unfamiliar, make it easy for the Brits to be at home. It is little wonder that many retired bus lovers in the UK have ended up in Perth.

It is not unusual to be driving the GYMBUS, stop at a traffic light and have someone approach the bus, belt on the door and enquire whether or not this is a London bus. Some retired early, moved to Australia, and find the small things like a familiar bus a memory that tugs on the heartstrings. This is very beneficial to the GYMBUS operator, with highly skilled bus mechanics, drivers, and people familiar with pneumatic braking, gears and steering systems on tap in local suburbs.

On the one hand, while the bus is creating memories for a new generation, a generation that remembers the bus in a very different circumstance enjoys again the experience of their childhood, on the other side of the world in very different climate. In both instances, a large mechanical vehicle brings a smile to the face of the onlooker and participant.

Wally Salinger is an observer of how business and society interact, constantly seeking methods for smooth integration of both.