Mosman Park is located along Stirling Highway approximately 14 kilometres from Perth and 3 kilometres from Fremantle. It is bordered by the suburbs of Cottesloe, Peppermint Grove and North Fremantle and is unique in having the Indian Ocean on its western boundary and the beautiful shores of the Swan River as its eastern boundary. 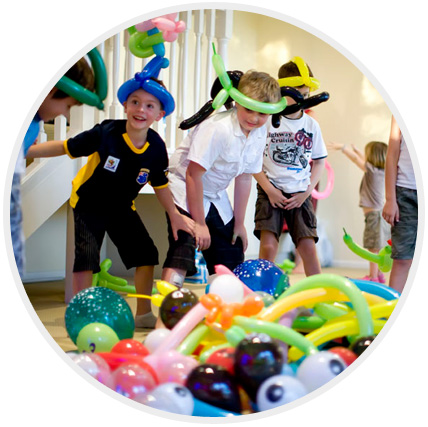 Parks around Mosman Park suitable for parties The Town of Mosman Park has 33 Parks and Reserves located around the suburb that can be accessed and used for a variety of activities.

The Town manages five public toilets located throughout the Town. All facilites are classed as accessible: 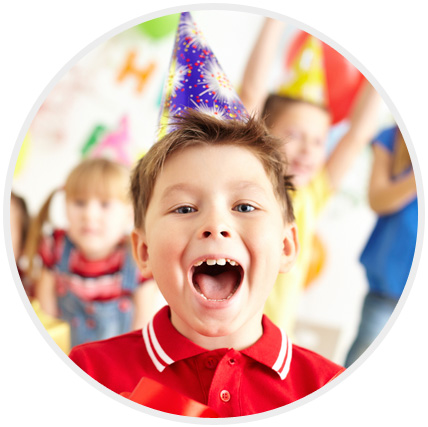 I recently attended a kids birthday party for 3 & 4-year-olds in Mosman Park. The Mum was expecting 25 children and 20 parents, so mid-week, it was shaping up to be a grand affair. A few days before the party, the Mum called me. “What am I going to do with 25 kids, aged from 0 to 5 for 3 hours”. The birthday party was scheduled from 12-3pm.

We ended up ringing 3 kids’s birthday party companies, 2 of which didn’t answer, nor did they ring back in response to messages left! If either had, even if they weren’t available, we would have considered them for next time. As it is, both have been scrubbed off my list of businesses I would give my money to! Luckily, one company The GymBus did answer the phone, and with a bit of reorganising, they managed to fit us in for a party from 1-2pm.

On the day, we had moved cars from the front of the house but we couldn’t move an enormous tree, however, the cheerful driver steered the double decker GymBus into a safe position and the party started. While some kids were a little hesitant at first, the driver/entertainer had them eating out of his hand within minutes.

The parents looked on in awe as the 3 & 4 year olds rolled, hung and swung their way around the GymBus and climbed through the tunnels while younger kids enjoyed playing on the lower level. It was amazing to watch the way the entertainer interacted with the kids and kept their interest for the full hour. 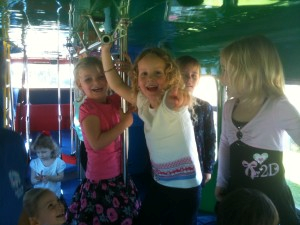 Although I had my doubts about the GymBus for 3 & 4 year olds, it was awesome and many of the parents present were keen to have the GymBus for their kid’s birthday party. From the first contact to the end of the party, the GymBus team was faultless. I can highly recommend them.

For further questions and queries regarding our birthday party services, contact us on 0429 770 277 or click the enquiry button and send us your query.