Unlike play centres and multi-use venues, GymBus has one party at a time with small groups, making it much easier to control hygiene. And we come to you!
Our unique difference is the fun games our amazing entertainers' play with the kids, at birthday parties, holiday programs, and events, whilst you relax with your guests!Read Our Story

Do you come to my area?

We currently operate out of Perth and Melbourne.
Click below to see if your venue is within our service area. 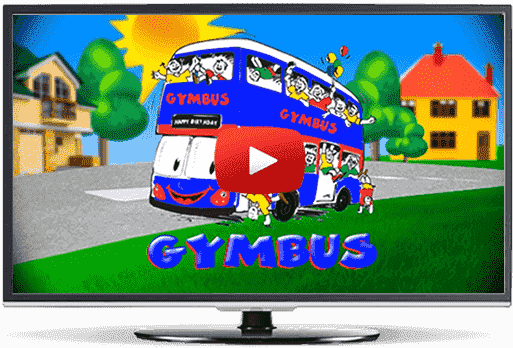 Thank you for a great party!

The kids had a fantastic time! They were so excited and constantly talked about it. I would just like to say that you were so
good

How much does it cost?

To find the best prices and availability, simply start the online booking process!

BOOK NOW and put a SMILE on everyone's FACE

Includes a special GIFT for the Birthday Child 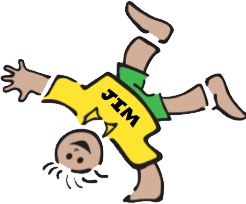 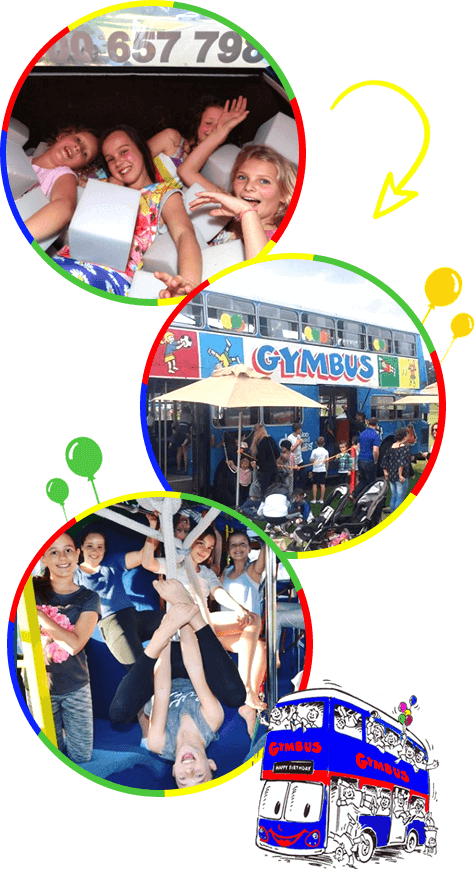 Back in 1991, two of Australia’s finest elite gymnasts, Suzette Johnson and Grant Carlyon, finished competing on the world stage. Thankfully, Suzette and Grant were not lost to their beloved sport, with the pair opening a gymnastics academy for kids in North Perth. They were also GymNut comedians, providing the entertainment at local and international sporting competitions, including the Perth Wildcats’ (National Basketball League) half-time entertainment and the 1994 World Gymnastics Championships held in Brisbane.

However, it was three years later that these two big kids, Suzette and Grant were to make their greatest mark on kids gymnastics and the kids entertainment world. They were involved in the creation of a Double-Decker Kids Birthday Party GymBus, the first of five, which took six months to design and build. An exciting new venture had begun and since that long-ago day in 1994, the kids party bus has driven nearly a million mile to put smiles on over a million kids around Australia. All for kids to experience the Magic of GymBus at Holiday Programs, Kids Birthday Parties, Shows, Festival, Fetes and School Fairs.

So what is it about the Kids Party Bus that keeps the children coming back time and time again? Is it racing their friends up the ladders and down the poles, is it exploring the secret tunnels and hiding from their friends, is it swinging fiercely into the foam pits? Whatever it is, the kids love it and the parents love it too.

Our passion is to bring excitement to the kids and light up the atmosphere with fun and entertainment and to put smiles everyone’s faces, wherever we go. GymBus is a unique experience catering for whatever kind of birthday party, event or holiday program you could imagine. Rain, Hail or shine we guarantee the kids will love it and won’t want to leave.

So have a look around our site and we look forward to seeing you soon.

Yes, I would recommend this business to a friend!I used the gym bus for my daughter's 6th birthday. The driver Ryan was a pleasure to

It's easy to find prices & book

What you need to know: